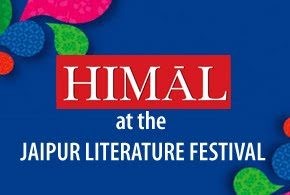 Why are people willing to trade freedom for prosperity and material comfort, asked John Kampfner. His book, Freedom for Sale, looks at eight countries as examples of places which have traded in freedom for material security and prosperity. He was born in Singapore and lived in China and Russia—where except for a group of “fearless troublemakers,” most people have bowed down to the imperatives of prosperity in exchange for public freedoms. The UAE and Dubai have a Disney quality about them, says Kampfner, where everyone is trading freedoms for other things, including slave labor. In India, pollution is the tradeoff, while in Italy, Berlosconi has dismantled the independent judiciary and media. In the UK, the ascent of the Left has dismantled civil liberties, and in the USA, self-censorship after 2001 is at an all time high, with people trading in public freedoms for public security.

Niall Ferguson tried to play the Oxford don and questioned Kampfner about his assumptions. Ferguson brought up Tocqueville. He said that there was a tradeoff between liberty and equality. He talked about totalitarianism. The Oxford questioning (in a nutshell, he said that some freedoms had to be given up for material prosperity, and that material prosperity in turn brought freedom) brought forth quick retorts from the author, who pointed out that his questioner didn’t seem to have read the book. “I am not talking about totalitarian regimes—North Korea, etc. I am talking about liberal democracies. When a government says: we need to do whatever must be done to protect you, that’s fishy,” he said.

Steve Coll, jumping in this fray, said that one freedom he was glad of was the freedom from an Oxford education! The middle class is always trying to protect itself, he said. He said he was recently in Saudi Arabia, a place with no culture of public freedom, no free press, no human rights organizations, no tenured professors, and no Constitution other than the Koran. Even though people were consigned to these private spaces, they still talked about public freedoms because the discourse of it was global, and it was everywhere. In the USA, private security took over public freedoms after 9/11, he said. Americans were deeply frightened. Like India, Americans are now learning to deal with the notion of persistent terrorism, he said. Despite everything, there is a pervasive culture of redress in places like India—people speak out fearlessly even when the state is murdering its own citizens. In the USA, people don’t challenge the state as much as in India, he said.

Tarun Tejpal of Tehelka concluded the session by saying that “India needs a lot of activism on the part of its elites. I’m agnostic, but I was born a Hindu, and philosophically we have to do what has to be done. India has a social contract but it’s still a country in progress. The promise of democracy still has to be delivered.”
Posted by Sushma Joshi at 5:04 AM 1 comment:

JAN 02 - I admit it—I’m a culture hound. That’s why I may have been asked to do this roundup for the year’s arts and culture by The Kathmandu Post. Despite my desire to attend every programme and be everywhere, that’s simply not been possible, so I’ll focus myself on the arts I do know best—literature (fiction, more than poetry or non-fiction), cinema (independent more than commercial), and modern visual arts, with a little bit of theatre. For the vast world of music you better ask somebody else. On dance I’m clueless. I pontificate about architecture but am zero when it comes to real knowledge, so please ask the experts. I know nothing about sculpture, or traditional arts like thangkas, brass and bronze, and wood or stone carvings. So do not expect this to be comprehensive.

A week or so ago, I taught two workshops to a group of young people. The workshops on fiction and non-fiction writing was organised by VENT, a web-magazine. This new webzine consists of a group of dynamic young people trying to make literature accessible in Nepal. The workshop brought home to me how much had changed since I arrived in Kathmandu in 2003—the level of enthusiasm the participants brought to learning the art and craft of writing was far different from the sense of lethargy and indifference to reading and writing even five years ago.

Perhaps that’s the biggest difference in the literary scene the past year—a revived sense of hope and enthusiasm about the endeavour of writing, despite lack of royalty, complete lack of appreciation of authors’ rights, an opaque and arrogant publishing culture, and bookstores who still have to learn that piracy is a crime. There may also have been a shift in relationship—no longer do authors beg publishers to get their works in print, but actively negotiate their own rights knowing full well the worth of their own works.

This optimism remained high during the book tour I did with Quixote’s Cove, a new bookstore that’s put up its shingles in Patan and has done a great deal to promote literary people and events throughout this year. This sense that literature deserves a better place than in the back lanes of dusty bookshops, and that writers deserve a better deal than years of publishing without royalty, seems to have taken effect. Even the Nepal copyright office dusted itself off and has gone off to give lectures about the importance of copyright to schoolchildren!

On the cinema front, this may have been the year of NGO filmmaking. USAID’s series of films on HIV/AIDS awareness raised a stir, but the aesthetic and lasting value of these films (along with how educational they actually are) will not be known till years later by the range with which people remember them. Were these just “filmmaker films”, or are they truly edu-tainment? NGO film got its first start with the classic Ujeli, by Deependra Gauchan, in the early nineties. Sponsored by UNICEF and talking about the issues of child marriage, the film still trumps all others made in the same genre. Despite the ease of digital copying, we still have to see the same fervour with which this film was transferred on clumsy VHS and handed from one household to another. For what it’s worth, our young filmmakers, with access to a lot more classics, still haven’t given Gauchan a run for his money. Let’s see if 2010 brings NGO films and filmmakers with more aesthetic sensibilities than the ones we’ve seen so far—one can only hope.

I was on the jury of two film festivals—one of which was the Indigenous Film Festival, where as always I was impressed by the host of offerings and amazed at the level of grassroots filmmaking quietly occurring despite lack of commercial profit. The British Council/DFID-sponsored film competition on global climate change, which asked for three minute films, finally showed Nepal what young people in the country are up to—not only are they cognizant of current issues like climate change, but fully capable of translating these into moving films using the latest technologies. It appears to me that Nepal doesn’t lack young people with vision, or creativity, or even access to technology—what it lacks now is the medium to distribute all this creative knowledge through appropriate forums. Perhaps that’s where we might have to head next—towards places which show these works (perhaps mobile phones, or digital platforms) that now exist only inside people’s minds or hard drives.

On the independent cinema front, we are still waiting for auteur Nabin Subba to finish Goodbye Kathmandu. What was the delay? When Nabin Dai told me in 2004 that he envisioned two or three independent films coming out from Nepal consistently each year, I’d been excited. Now, it seems the doldrums of independent filmmaking which sweep filmmakers all over the world—funding, distribution, or the lack of it—plus again the insidious NGO duties that beset the best of us are to blame for why our indie scene has yet to become vibrant and magical. Commercial Nepali cinema is booming, but again we have yet to see some of our film-school educated people (the first batch) to come up with anything remotely good. I’d even take a good Bollywood copy but in order to do that we need a whole array of side effects—trained actors, trained scriptwriters, and trained directors! As somebody recently remarked, the films in Nepal are all “directed” by long-term cinematographers who make double the money that inexperienced directors make (apparently directors are newbies who just say “action” and “cut”). The antidote to all this might be the establishment of a real film school. What is a country of 26 million without an international standard film school?

Talking about international standards, the newly established Kathmandu Contemporary Arts Centre in Patan (what is it about Patan and the arts?) really made a big attempt to jump from small gallery opening to festival level through its last international art festival. All was well and good, on some level. The only sense of disjunction of this being an event scaling international festival heights came from the lack of publicity and information. The other came from seeing the price tags on the paintings—was this a gallery opening, or a festival (people surely don’t sell paintings in festivals? Or do they?) And the venues, let’s face it, were scattered and at times quite ill-maintained. The Bal Mandir galleries reminded the viewers how sorely NAFA and fine arts need public funding. Also to bring together the fractious art community into a less-splintered and more-participatory mood may require more prep work when the same event is held as the ambitious Kathmandu Bienniele in about two years’ time.

On the theatre front, I was charmed again by the range of what’s occurring—but what truly struck me was the way artists of all shapes and sizes are taking their arts into the realm of social change. Suman Rayamajhi’s two attempts—one to work with blind students, the other with children of prisoners—reminds me how transformative the arts can be in bringing about social change, not just for viewers but also the participants. I’d say training programmes and fellowships which allow people like Suman and his peers to learn different directing techniques would bring about a new wave of social change.

And that’s where, perhaps, the arts are headed in 2010—the melding of aesthetic sensibilities and heightened expertise in the arts to serve the purpose of social transformation.

Joshi is the author of Art Matters, a book of art essays.
Posted by Sushma Joshi at 12:33 AM No comments: