At a time when leaders in Nepal seem to be groping for direction, there is a leader out there who sees very clearly where he's heading.

Narbahadur Limbu, chairman of the Nepal Association for the Blind (NAB), has a smile on his face as he says: "When there’s a will, there’s a way.”

Mr.Limbu wants to be the first blind man in Nepal to get a Ph.D. He's attempting this challenge, he says, not just because it would be an individual achievement for him, but because it is a visible first step for an entire community of people who remain unable to access education at the higher level.

"I am one of the blind who should not have been blind," says Mr. Limbu, a charismatic man with a soft smile.

Mr. Limbu was born in a village in Terhathum in 1963. At the age of 7, he caught typhoid. "We did not even have cetamol in the village." Due to the high fever, Mr. Limbu lost his eyesight. Then, two years later, he lost his widowed mother and became an orphan.

Destiny came in the form of the Queen Mother Ratna Rajya Laxmi Shah, who came to visit Tehrathum when he was thirteen. After the Pradhan Panch presented the blind orphan to her, she took him under her wing.

He started to attend the Khagendra Navajeevan Kendra, after which he joined the Laboratory School. "There were no braille books when I was in school," says Mr. Limbu. "We used to write it out ourselves, and then type it on typewriters and print it out in lithos."

In 1983, Mr. Limbu passed the SLC exams in the first division. Only seven days after passing his exams, he got a job as a teacher at a newly opened school in Dhangadi.

"Luck favored me," says Mr. Limbu. Even though he started to teach, Mr. Limbu's odyssey as a student was not over. He did his intermediate studies from Kailali Campus, and then he took his BA exams privately from Kathmandu.

At the age of 30, he joined Tribhuwan University to get his masters degree. "I had financial constraints, but a few friends helped me to get the funds together, and I was finally able to attend."

His thesis was on "The Rebellion of Bhimsen Panta - 2010". The title refers to a movement very similar to the Maoist movement conducted in Doti and Dadeldhura half a century ago, he says.
The idea to get a Ph.D occurred to Mr. Limbu after he kept on meeting many blind "doctors" - individuals holding doctorates - in India and other foreign countries.

Mr. Limbu, who has traveled extensively in foreign countries, including Sweden, Australia, Thailand, Japan, Bahrain, UAE and others, says that the educational system and services are far advanced in these places, allowing them to be much more productive. "Education for the blind is very advanced in Japan and Sweden," he says. "There were free computers and printers for the blind. Everything from living expenses to a stipend is paid for by the government."

And now, says Mr. Limbu, his dream to get a Ph.D might be coming true. “There are no books or databases on the educational history of people with disabilities in Nepal,” he says. That’s why he chose this topic and submitted it to Tribhuwan University as a potential research topic.

Suraj Dahal, former president of the Society of Ex-Budanilkantha Students (SEBS), arranged a fortuitous meeting with an American friend who contacted Erik Weihenmayer, the first blind man to climb Everest. Mr. Weihenmayer, an American, was strongly supportive of Mr. Limbu's project, and has agreed to fund 50% of the cost of the Ph.D.

Not all blind people in Nepal are as lucky. Of the approximate 3.5 lakhs blind and partially sighted people of Nepal (WHO random survey, 1980), only 350 of them have passed their SLC, 49 have their bachelors degree, and 18 of them have a masters degree. Of the 47,000 population of school-going age, only 1,900 are currently getting an education.

The director of NAB, Amrit Rai, sits on the threshold, counting Braille books recently published by their press. “The Ministry of Education put out that tender for 4000 books. We won the tender to publish them,” he says, as he places the books, bound in blue, inside the sacks.
A group of men and women gather, eagerly putting the books together in piles. The pitifully inadequate number of books will be distributed to schools across the country. The schools with more than one blind student will have to share their resources.

But even the blind with an education found it did not automatically lead to employment. In 1990, they protested by laying down their SLC certificates on the ground of Ratna Park. This protest led to 21 teaching positions to be put aside for the blind. “Currently, there are 90 teachers, and approximately 45 other people working in the non-profit sector,” he says. “This still leaves the rest of the 282 people with SLC qualifications without a job.”

The NAB advocates and lobbies in all sectors: education, employment and human rights. They also run schools, savings and credit groups, and rehabilitation programs in Dang and Chitwan. NAB is also involved in promoting the productive re-integration of the blind into society.
“The software we have,” says Chana Shrestha, one of the instructors at the computer lab where the blind are taught new digital technology, “allows typed files into a floppy to be printed out in braille.”

Dhruba Gyawali, a sighted software engineer based in Butwal, has already developed a software that changes Nepali writing to Braille. He is now at work on speech recognition software that would allow computers to recognize the Nepali language.

Harisharan Bista, project manager of the donor organization Norwegian Association of the Blind, says: “The Maoists have never stopped our work. We go all over the country, and hold camps in many districts. They know what we do. They only go after an organization if they are corrupt and are exploiting funds.”

NAB is actively involved in lobbying for people with different disabilities, and has been able to affect national policies. For an organization that does high-level national level advocacy, it still remains resource-poor: it does not, for instance, have its own building. Although the government granted it some land in the past, the land has been mired in legal disputes and not yet released. “A building would help to consolidate our women’s hostel, music training building and publishing press,” says Mr. Limbu.

“Also, lots of our branches don’t have offices. But our first priority is to work like a union, and to unify the blind.”

Without a doubt, Mr. Limbu’s Ph.D program would help towards this goal. Tribhuwan University, which has yet to include people with disabilities in its programs, would have to start thinking about new ways to include differently abled people.

Unlike many people who decide to leave Nepal with higher education, Mr. Limbu has different plans. He never wanted to remain behind in a foreign country, he says. “If I stayed behind, it would just benefit me as an individual. I work for common and collective rights. There is too much to do here.”

With such a leader at the helm, the path towards integrating the blind in Nepal is straighter than any roadmap.

Sushma Joshi is a writer at the Nation Weekly magazine, Nepal. subcontinental@yahoo.com.

Copyright Notice and Disclaimer.
Posted by Sushma Joshi at 4:36 PM 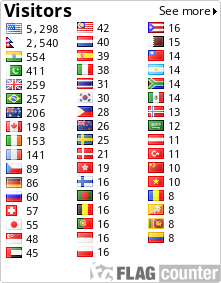